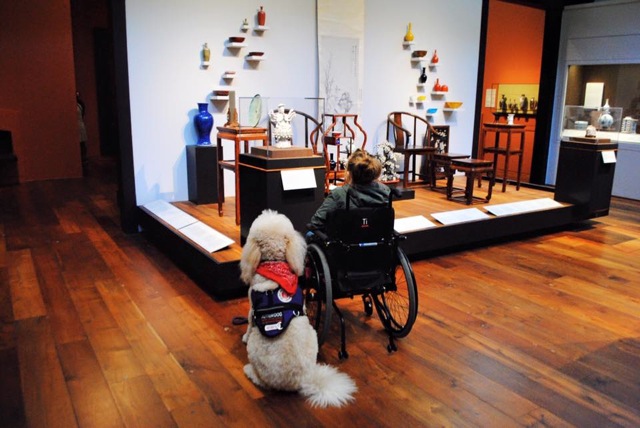 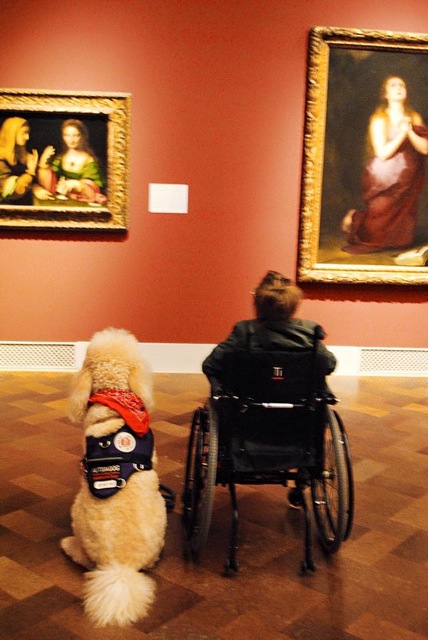 Part of the amazing work TLCAD does is bringing  families together and reconnecting them with the community. About two years ago, TLCAD placed Solar an autism service dog with Sadie who has a mitochondrial disorder and autism. Solar has enabled Sadie the independence her mother had always hoped for. Most recently as a family the Smith’s went to the San Diego Museum of Art, where they were able to enjoy the entire day without any meltdowns or anxiety.

“The kids, and I had such a great time yesterday at the ‪art museum‬. While Bro needed me to do the math on how old exactly every single piece of art was, Solar would just sit next to Sadie while she concentrated on on the pieces she was into. She would dig her hands into his fluffy fur and hug him when the echoey rooms got a little loud. She must have dropped her map or drawings like 20 times and he would just pick them up for her. She giggled when her items were returned slightly slobbered. Zero meltdowns. It was the most chill outing we’ve had in a long time.” 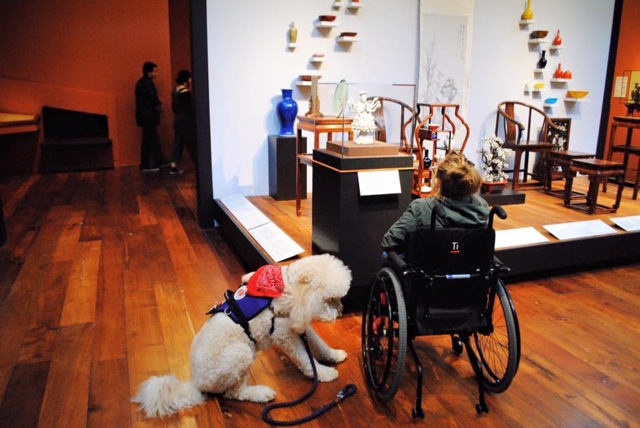